Element’s liners save 20% in repair costs of cone crushers

A gravel pit in north-eastern Romania has saved 20% on cone crusher maintenance costs by switching to Element’s wear parts. At the same time, they discovered that Element’s parts served twice as long as those from local alternative suppliers.

Romania has a wide range of gravel pits that produce aggregates for the construction industry. Maintenance of crushing equipment takes up 20% of the budget for this stage of stone processing. That is why enterprises strive to cut production costs as much as possible. This rate combines the price for repair works and the frequency of wear and spare part change.

Unless aggregates companies opt for Element’s parts, they usually have two options. The first one is to buy original consumables from equipment manufacturers which serve for long periods and contribute to the high quality of output material. However, these parts are very expensive. The second option is to acquire alternative ‘no-name’ parts. They are affordable but wear out quickly. Poor performance results in additional financial losses related to frequent relining and equipment stops. 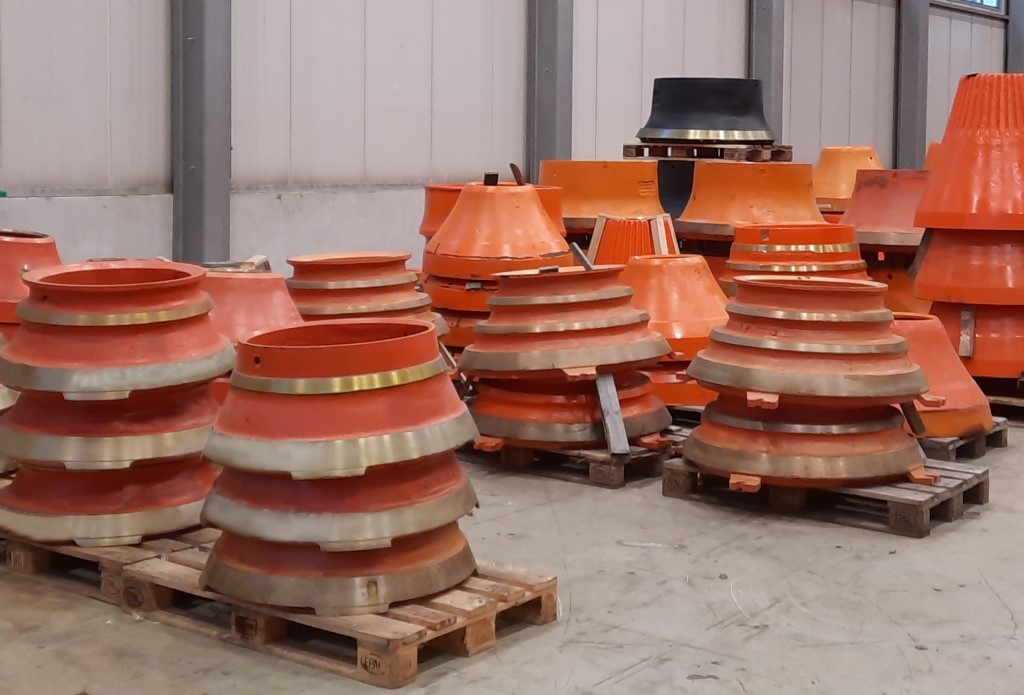 “Element doesn’t just focus on price, but the whole relining cost, offering a combination of a long service life and a lower price when compared to that of OEM parts”, Element’s representative in Romania, Florin Halmajan, says.

One of Element’s recent customers, a gravel pit in north-eastern Romania, witnessed this first hand at its production site. The plant produces crushed river aggregates containing silica. The medium cone crusher runs around 18 hours per day. Initially, its management procured OEM concaves and mantles several times per year. Their service time was 700 moto hours and the customer was happy with the performance. However, it resulted in high repair costs.

According to him, the customer also used alternative parts from local suppliers. In this case, the price was affordable, but the performance was poor. Alternative liners served 350 moto hours on average. That’s why Element’s offer to maintain the performance of OEM parts for a lower price was welcomed by the customer with open arms. After the first tests, the customer recorded a lifetime equal to that of the OEM. Considering the existing operational conditions, Element selected a set of liners (18% manganese steel) that cost 20% less than those from the OEM.

Though Element’s standard orange liners helped to save 20% on equipment maintenance, the customer wants to go even further and test Element’s THOR parts. Indeed, they will be delivered and installed by the second quarter of 2022.

Element and Nordfelt will present the most demanded spare and wear parts at MiningWorld Russia in April.

Get your ticket
Back